The first known symptoms of schizophrenia in John Nash was paranoia and erratic behaviour. According to his wife Alicia Nash, he developed the idea that all men who wore red ties were included in a communist conspiracy against him. To warn others about the conspiracy, Nash sent letters to embassies in Washtington, D.C.

Later in life, Nash himself dated the start of what he called “mental disturbances” to the early months of 1959, when Alicia was pregnant. He has described how his thought process changed, from “scientific rationality of thinking into the delusional thinking characteristic of persons who are psychiatrically diagnosed as ‘schizophrenic’ or ‘paranoid schizophrenic”. (Source: John F. Nash Jr. Biographical at Nobelprize.org.)

Nash has suggested that his delusional thinking was related to his desire to feel important and be recognized.

In 1959, Nash visited Columbia University to hold a lecture arranged by the American Mathematical Society. His intention was to talk about the Riemann hypothesis, but he soon became incomprehensible and his colleagues in the audience realized that something was very wrong and that he needed professional help.

Nash was admitted to McLean Hospital in April 1959 and stayed there through May. This is where he was diagnosed with paranoid schizophrenia. After 50 days at McLean, he was allowed to go back home. 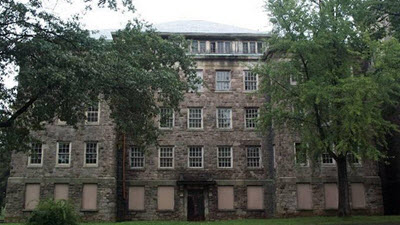 In 1961, Nash was admitted to the New Jersey State Hospital at Trenton to receive treatment for his paranoid schizophrenia.

Over the comming nine years, he would be committed to in-patient physicatric care several more times, receiving both antipsychotic medication and insulin shock therapy. He was very reluctant to take the antipsychotic medicines he was prescribed, feeling that they made him lethargic and slow. Later, he wrote about how he only took medicine under pressure.

According to Nash himself, he did not experience any voice hallucinations until around 1964. Later, he began a process of conciously rejecting the voices and their messages.

In 1994, when Nash wrote about his episodes of hospitalization in the 1960s, he highlighted that he was never admitted on a voluntary basis, and that he was constantly attempting to find legal reasons for him to be released.

In 1963, John Nash and his wife Alicia divorced. When John’s mother died in 1968, he pleaded with his ex-wife to be allowed to live with her and their son again, and she finally agreed to this. When he was released from hospital in 1970, he moved into Alicia’s home, but as a border. (They would eventually remarry, but not until 2001.) After that, he was never committed to psychiatric hospital again. Also, he stopped taking his antipsychotic medication for good, as he gradually found other methods for managing his illness.

In the film A Beautiful Mind, an older Nash (played by Russell Crowe) claims to be taking a new type of antipsychotic medicine, but this line was only written into the script because the film makers wanted to avoid being criticized for making the audience believe that schizophrenia could be managed without medication.

In the book A Beautiful Mind, which inspired the movie, we get a more accurate description of how Nash gradually gets better over time, without the use of psychotropics, and supported by his ex-wife Alicia. He lived a stable life with Alicia and their son, and was allowed to spend time working on mathematics at Princeton, and doing some auditing of classes there. Eventually, he could even start doing some teaching.