After coming across an excerpt of Sylvia Nasar’s book A Beautiful Mind in the magazine Vanity Fair, film producer Brian Grazer immediately set the wheels in motion to buy the movie rights.

After securing the rights to the film, Grazer contacted director Ron Howard, which he had previously collaborated with for the 1995 film Apollo 13. Unfortunately, Howard had to pass on the offer due to scheduling conflicts. Grazer then checked out several other A-list directors, before finally settling on one – who turned out to have scheduling conflicts too, and only be available when Howard was also available. This made Grazer go back to his first choice, Howard, and tailor the schedule to fit him. 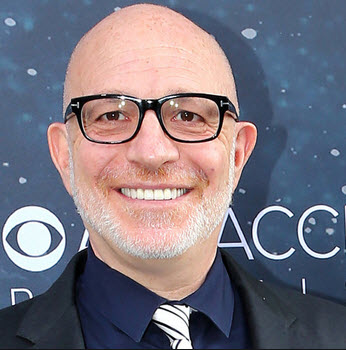 To turn the book into a screenplay, Grazer chose Akiva Goldsman, who at that point had created screenplays for movies such as The Client (based on a John Grisham book), Time to Kill (also a Grisham), and Batman & Robin (for which he was nominated for a Golden Raspberry Award in the category Worst Screenplay).

Later, Grazer would explain that he picked Goldsman for his strong passion and desire for the project.

It was Goldsman who introduced the idea of waiting to a specific point in the film before making it clear for the film viewers that certain characters and events in the movie only existed in Nash’s head. This mechanism was later praised by critics as it helped viewers put themselves in Nash’s situation of not being able to distinguish between reality and hallucinations.

The emphasize on the love between Nash and his wife, and her strong support of him, was something that director Howard asked Goldsman to include in the screenplay.

Notable differences between the film and the real John Nash

The film makers have clearly stated that they did not intend for the movie to be a 100% accurate depiction of John Nash life.

Here are a few examples of points where the movie script differs from what we know about the life of the real John Nash, or where the movie omits notable events in his life.

If you want to see a more documentary depiction of the life of John Nash, there is a PBS documentary named A Brilliant Madness from 2002 available. 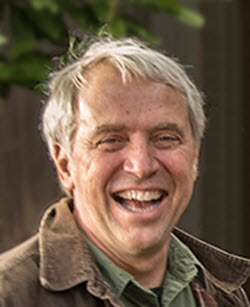 Mathematics Professor Dave Bayer from the Barnard College, Columbia University, served as a mathematical consultant for the movie. Among other things, he selected the mathematical problem for the scene where Nash is teaching a calculus class and gives his students a complicated problem to solve to keep them busy for a long time. For this scene, professor Bayer chose a problem that was mathematically very rich while at the same time physically unrealistic, as he wanted to underline Nash’s dislike for the mundane and his drive to focus on really interesting mathematics.

Professor Bayer can actually be seen in a cameo role in the movie; he plays a professor who lays his pen down for Nash in the pen ceremony towards the end of the film.

Many actors were considered for the role of John Nash, including Tom Cruise, John Travolta, Bruce Willis, and Kevin Costner. Ultimately, the director Ron Howard decided on Russell Crowe.

Realistic age progression of the characters is a vital aspect of the movie, since it spans from Nash’s time as a young student at Princeton in 1947 to him being awarded the Noble Memorial Prize in Economics in 1994.

To achieve this, Greg Cannom – who had worked on the movie Cocoon with Howard – was hired to do the make-up effects. Coincidently, Cannom had fairly recently been doing makeup for the 1999 movie The Insider, a film which starred Russell Crowe and had Christopher Plummer in a supporting role.

Not only was make-up used for age progression; Cannom also worked hard to make Russell Crowe look more similar to the actual John Nash. He even developed a new kind of silicone-based makeup that resembled human facial skin and could be used for overlapping applications. Crowe was also fitted with dentures to create a slight overbite.

Both Grazer and Howard had worked with James Horner in the past and liked not just his music but also his strong communication skills.

You can read more about the production of the music for A Beautiful Mind here.

The film was shot 90% chronologically, which among other things made it necessary to carry out three separate trips to Princeton University instead of shooting all Princeton scenes back-to-back.

The parts of the film set at Harvard University were not filmed at Harvard but at Manhattan College, a private Roman Catholic liberal arts college located in The Bronx, New York City.

The real John Nash only had auditory hallucinations, but in the movie they are visual as well. Director Howard decided that in the movie, the hallucinations should always start out as auditory, preparing the viewer for what is to come.

To signify Nash’s creativity at work and make sudden epiphanies “noticeable” for the movie audience, the film makers let a flash of light appear over objects and persons when Nash had significant realizations.